A nymph’s body in repose, eyes softly closed in flowers and dew, sets the scene for “Exquisite Corpse”. Unclear if she is dead or dreaming, the mystery hangs over the six songs on Roxanna Walitzki’s debut EP, veiling the gauzy French poems in captivating ambiguity.

END_OF_DOCUMENT_TOKEN_TO_BE_REPLACED 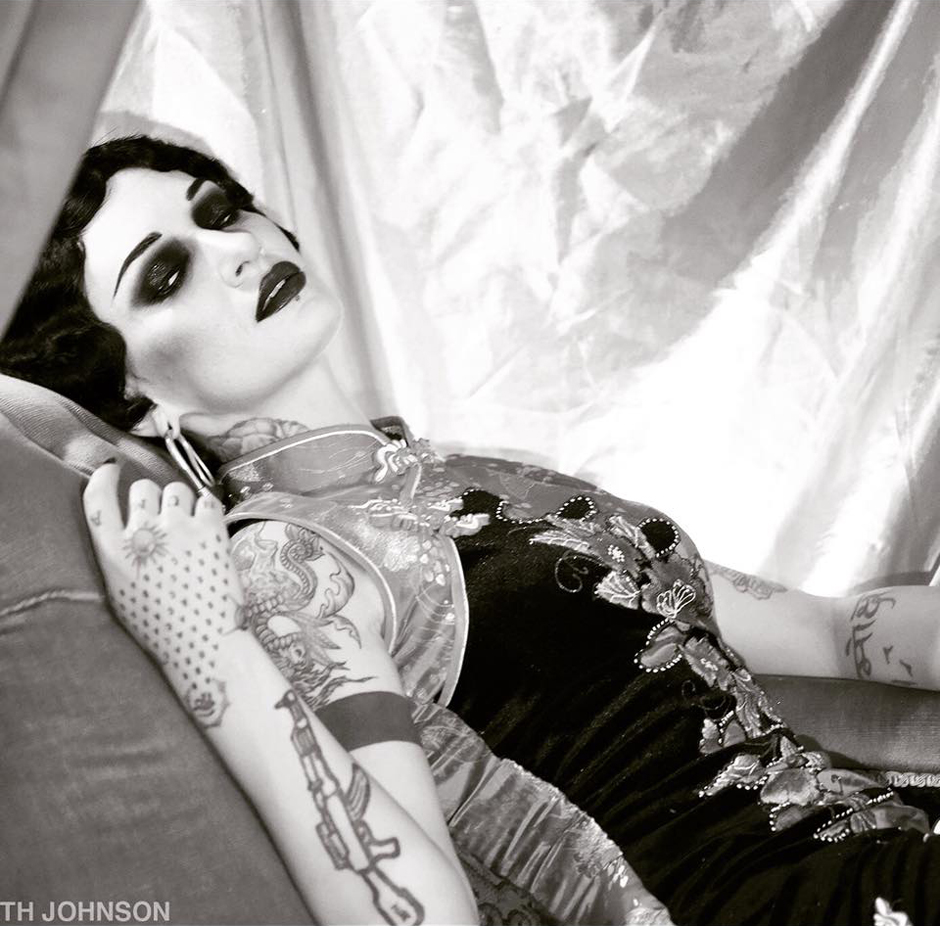 I was born in Santa Barbara, CA and raised in a rich(er) suburb of the county, (Montecito) so that I would qualify to attend the public school there, which was reputed for its great teachers and academic aptitude. Both of my parents struggled financially to keep me there, as we were definitely not wealthy, yet living among some of the most monetarily endowed people in the world. This set up some sociological issues for me early on- issues that still crop up in both my music and activism from time to time. But the point of the struggle was a good education and I certainly had that.
After winning a full-ride scholarships to Cal Arts for musical theater at 12, I participated in a concert, performing an excerpt from Les Miserables (directed by the extraordinary Gloria Menedes). I’d never performed for such a large audience at that point and received my first standing ovation that night. END_OF_DOCUMENT_TOKEN_TO_BE_REPLACED

This is my new video tutorial Light Eyes and Dark Lips. It would be super helpful if you commented on this video telling me your opinion about it! Hope you enjoy my new tutorial and thanks for watching! Especially for Miroir Magazine ~ Naia Silverwolf.

This is my new video tutorial about how to apply special spring makeup. It would be super helpful if you commented on this video telling me your opinion about it! Hope you enjoy my new video and thanks for watching! Specially for Miroir Magazine ~ Naia Silverwolf.