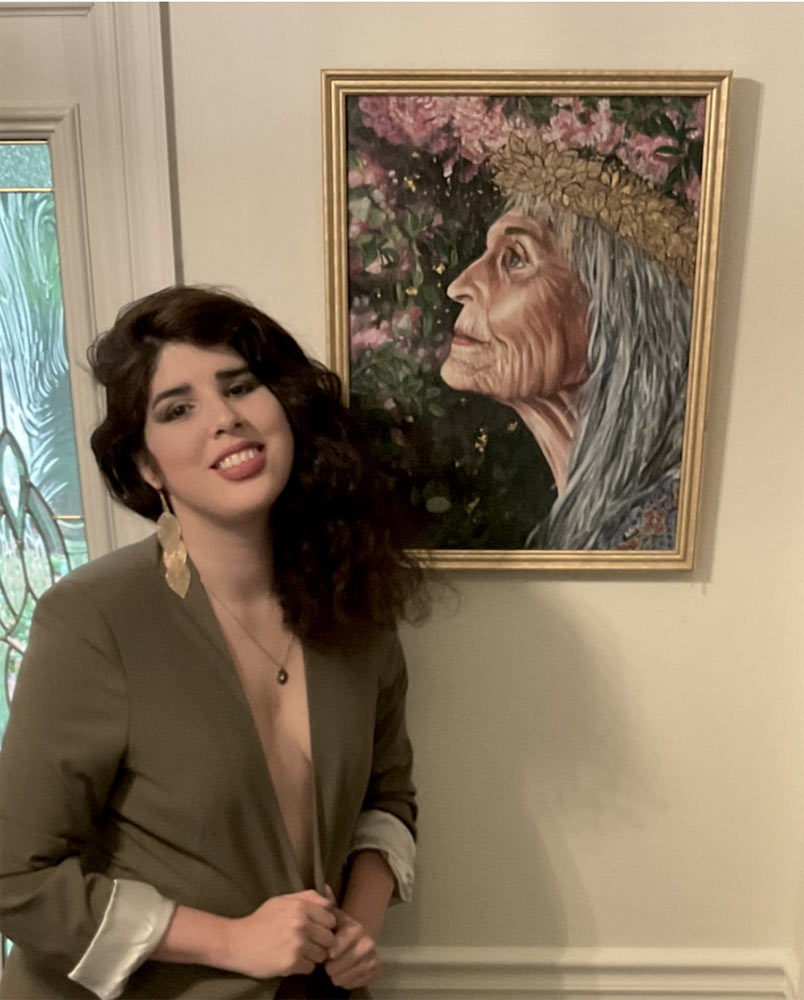 Q: Tell us about your art technique and what first sparked an interest in this medium.

A: I’m a mix media painter. I’m a very curious person. I like experimenting with different techniques like acrylic, oil, pastels, markers and ink. So some paintings that I do are fully 100% oil color, others I use mix media, I add inks, and acrylic paint. I love to add golden leafs to my artwork and sometimes I add abalone leafs. You can see some of my work that I also paint over plexiglass. I really enjoy having fun while I’m painting.

Q: Do you use any special materials, or do anything out of the ordinary when you are creating your art, If so, please tell us about it?

A: I added golden leafs, abalone leafs and I started to add some glitter to my artwork.

END_OF_DOCUMENT_TOKEN_TO_BE_REPLACED

I often say, my life is a garden and my art is the door. My job as an artist is to work to make the garden as beautiful as possible and to constantly improve the door. – Yoann Lossel

Yoann Lossel has exhibited his work in numerous galleries around the world, mainly in the United States. He is an award-winning artist, well known for his meticulously detailed work combining graphite or oil and gold leaf. The legacy of iconography that he cherishes is reminicent of the Italian Renaissance, the Symbolist, Pre-Raphaelites, Art Nouveau movements.

He currently lives in the legendary Broceliande forest in Brittany, France.

END_OF_DOCUMENT_TOKEN_TO_BE_REPLACED 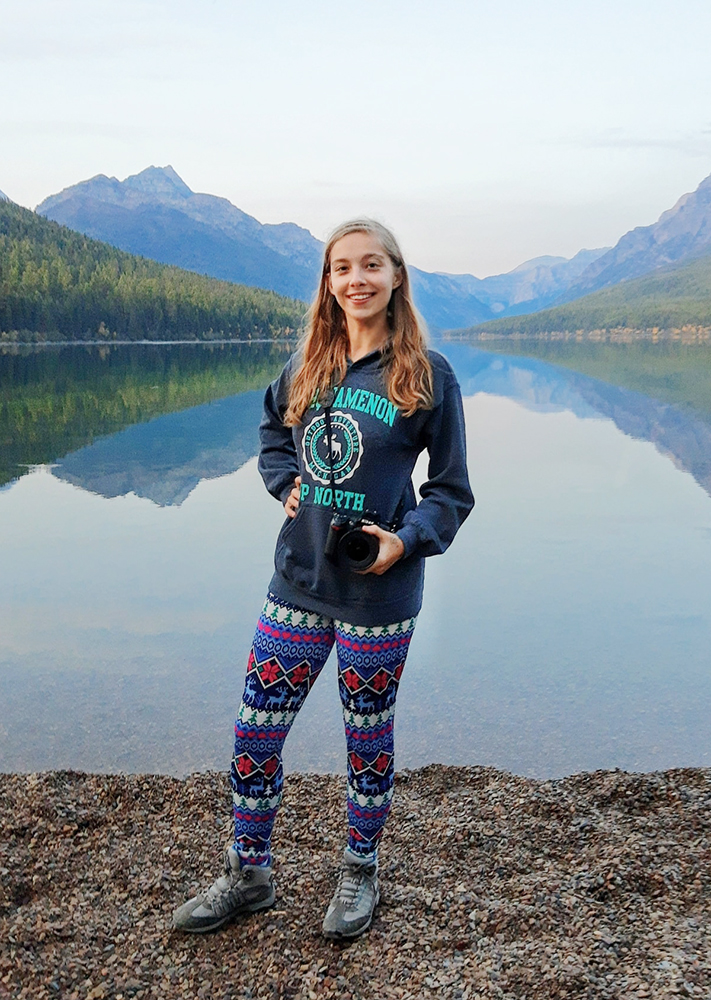 A: For most of my work, I like to begin with a general theme in mind. Sometimes this idea can take days or weeks to come to full fruition. Brainstorming is a big part of my process and I like to have my ideas solidified before sitting down to draw out the initial sketch. This isn’t always the case though and at times I will just sit down to draw and see what flows naturally. Other times I will slowly add to the idea as I go along. Taking a step back from the initial sketch can offer me a new perspective. From there I may decide to add or change something and let the image emerge on its own. As for inspiration, this takes many forms. Recently most of my inspiration has come from a road trip I took over the course of three months late last year. This trip has inspired me like no other thing in my life ever has. By seeing new and amazing things, I fell in love with a fresh perspective I never had before and because of this, I was able to channel something I never knew was possible through my work. In all, I enjoy taking inspiration from my life experiences, whether these are traumatic or eye-opening in nature. Every piece tells a different story as to where I was mentally and emotionally when I composed it.
END_OF_DOCUMENT_TOKEN_TO_BE_REPLACED 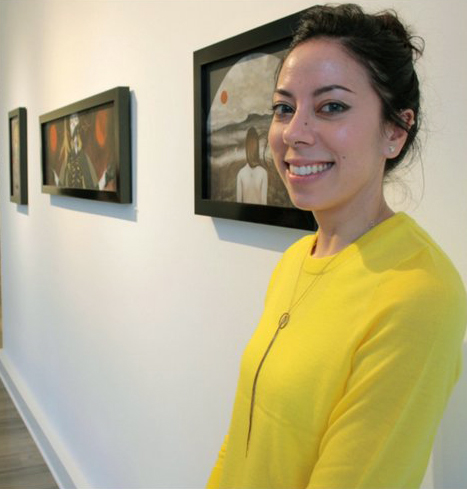 A: I try and consume as much information as possible, and never stop learning.There is always more to learn about everything.______

A: A big question mark. It needs to call the viewer to examine and reflect what their personal life experiences tell them about the piece.
END_OF_DOCUMENT_TOKEN_TO_BE_REPLACED 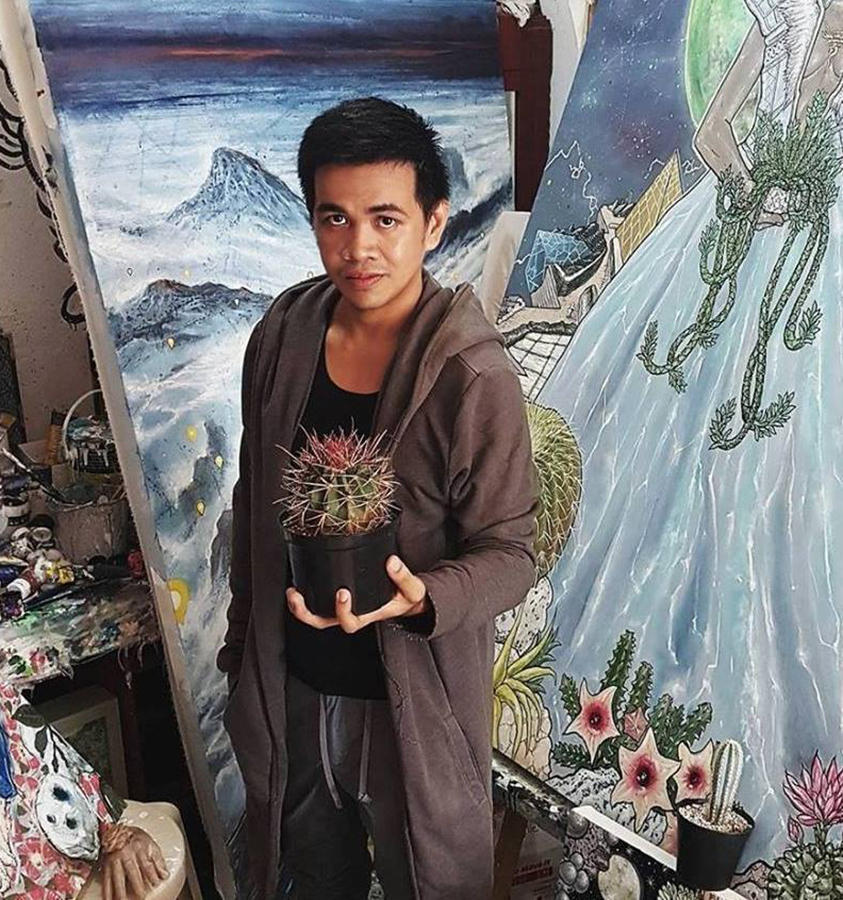 Semper’s drawings are executed to imitate woodcut prints, embody a personal, invented mythology (fernal) after the fashion of William Blake in the early nineteenth century; the symbolists, surrealists and decadents; and up to and including British artist Patrick Woodroffe’s Mythopoeikon (1976) and The Pentateuch of the Cosmogony (1979) and the forerunner of Vienna School of Fantastic Realism, the influential visionary painter, Ernst Fuchs. Semper’s woodblock style drawings and paintings has some affinities with Albretch Durer’s, but is quite unique, drawing heavily on both the Roman Catholic and supernatural folk traditions of the Philippines, quantum mechanics, alchemy, world mythology, classical art, occult, art nouveau, and the gamut of erotic drawing from Japanese Ukiyo-E to Aubrey Beardsley. END_OF_DOCUMENT_TOKEN_TO_BE_REPLACED