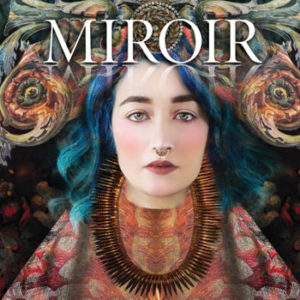 And We Rarely Learn From Our Mistakes

This is a time when we should be looking back and learning from our mistakes, not only as something so all-encompassing as a nation, but on a smaller scale, as a member of the human race. Taking personal responsibility for our choices, our actions, and our lack thereof, because deciding not to act and not to speak, is also a decision with consequences.

Instead, we find ourselves subjected to the same ignorance and oppression which were the downfall of empires past. As women, or as citizens, are we seen, does our opinion matter, does our vote count, or do we even have a voice? My art for Historique draws on fashion styles of the past, they are also symbolic of the condition we find ourselves in today.

I am not interested in abstract or decorative forms, by themselves they do not have any meaning. I am intrigued by the story an image tells. I tend to create images with female figures, I care about the struggles and the untold stories of woman. Normally I pay a great deal of attention to the body language, and the hands in particular. But the women depicted in this series are covered almost completely, it is part of their story, in a way they are as much a prisoner of the garment they wear as they are defined by their history.

As westerners, many tend to admonish the eastern modest garments and take special offense to the niqab which veils the face. We abhor this garment because, to us, it means that the woman is subjected to a life she does not choose, conditions which are not fair and punishments which are often barbaric and life-threatening. Stoning, lashing, acid in the face, imprisonment. Great lengths are taken to install fear and compliance. The garment has become symbolic of that fear and oppression from a culture which was significantly different from our own, we have all heard their stories, felt indignant about their mistreatment, and ask ourselves how any female would choose to live under those rules or with that religion.

Now, in our own country, our legislators pass laws limiting the personal rights of women and their ability to chose what happens after conception. The fact that women are locked into these laws of religion and state, while the men who rape them have more rights than they do, does not seem so far for Shara law. We have to wonder how our attempt to control women is any different than any other oppressive government or any other extremist religion.

Reflecting on this I came to realize that in our world today there is a sort of madness fuelled by fear which seeks to undo everything we fought to put into place for the safety and equality of women. These laws will determine who can have a voice and who cannot, there is an obvious prejudice based on your gender, the color of your skin, or your sexual preferences. Just when we hoped that society had learned acceptance, we are faced with all the ugly forms of hatred we thought were behind us. Why we cannot look back in history and learn from the mistakes of the past is the biggest question in my mind.

Only by a matter of degrees, does it “seem” that we have more freedom of expression, openness, and the ability to speak our minds, or do what we please. But in truth, our opinions matter very little. What rights we have gained are being legislated away, so that once again we do not have a say in what happens to our bodies and our lives. The women who support these laws which hinder choice, and punish non-compliance are looking at the issue from a point of motherhood, they want to protect an innocent, I understand the devotion. I just wish they would realize the greater significance of laws which enforce obedience on women. It is regrettable that they do not realize how unconstitutional it is to take away the personal autonomy of half the population. In doing so, they also impose judgment of many victims who also are innocent and do not deserve death or prison. Making this a law, opens the possibility of further restrictions and regulations which only women will have to abide.

Women are inherently wired differently, we generally see a bigger picture, we seek balance, build nests, secure the home, keep things running with compromise. We solve a million small problems every day. We are homemakers and mothers at heart, even if we don’t have mates or children, we nurture those who are in our departments at work, support and care for those we are close to. It is natural for women to want to preserve life, so I do get why some women have so passionately stood against abortion. What they do not see however, is an institutionalize tendency to use such an opportunity to take measures against women’s rights, and to hinder what she can choose, how she will live, and ultimately who she will become.

Choosing between a career and a family life is something every woman struggles with. They struggle because there is rarely shared responsibility taken for the maintenance of the home or raising of children. Even if they choose family over a career, they often have to take jobs outside to help pay the mortgage and contribute to the living expenses. Yet many of these household chores are still perceived as women’s work. While men often do them with reluctance or resentment, it is a statistical fact that many marriages fail due to these issues. To avoid argument, and strife in their marriage women will choose to shoulder more of the responsibility on the home front. It becomes a balancing act to keep it all running smoothly. Multi-tasking is in a woman’s nature, making sure everyone’s needs are met is something we are programmed to do. Maybe it is coded into our DNA or maybe it is a matter of conditioning, social norms, and expectations. For whatever reason, women often sacrifice their own needs and desires because there is just no time to think about what they really want… they do what they must, so that the next day can run more smoothly.

We overlook the small things that are unfair or uncomfortable, We Forgive, we move on. We look forward, we try harder. We hope for promotions that may not come, we want respect we rarely get, we hope for recognition of a job well done, but are often taken for granted. Because of this nature of acceptance, we have tolerated a great deal of injustice, not only to ourselves but towards the world, our children, and our environment.

The paradigm which has been constructed by the leaders of our world is not one in which women, in general, are comfortable, it is the antithesis of what is sustainable. We are at a point where we can no longer hide the truth, we can no longer remain silent.

We have declined to take the lead because we do not choose conflict, we do not choose war, we do not like confrontation. But to change this world means that women need their power, they need to stand up and be heard, to change what is causing harm requires a shift in awareness, an awakening. It would mean rising up and saying “Enough!”