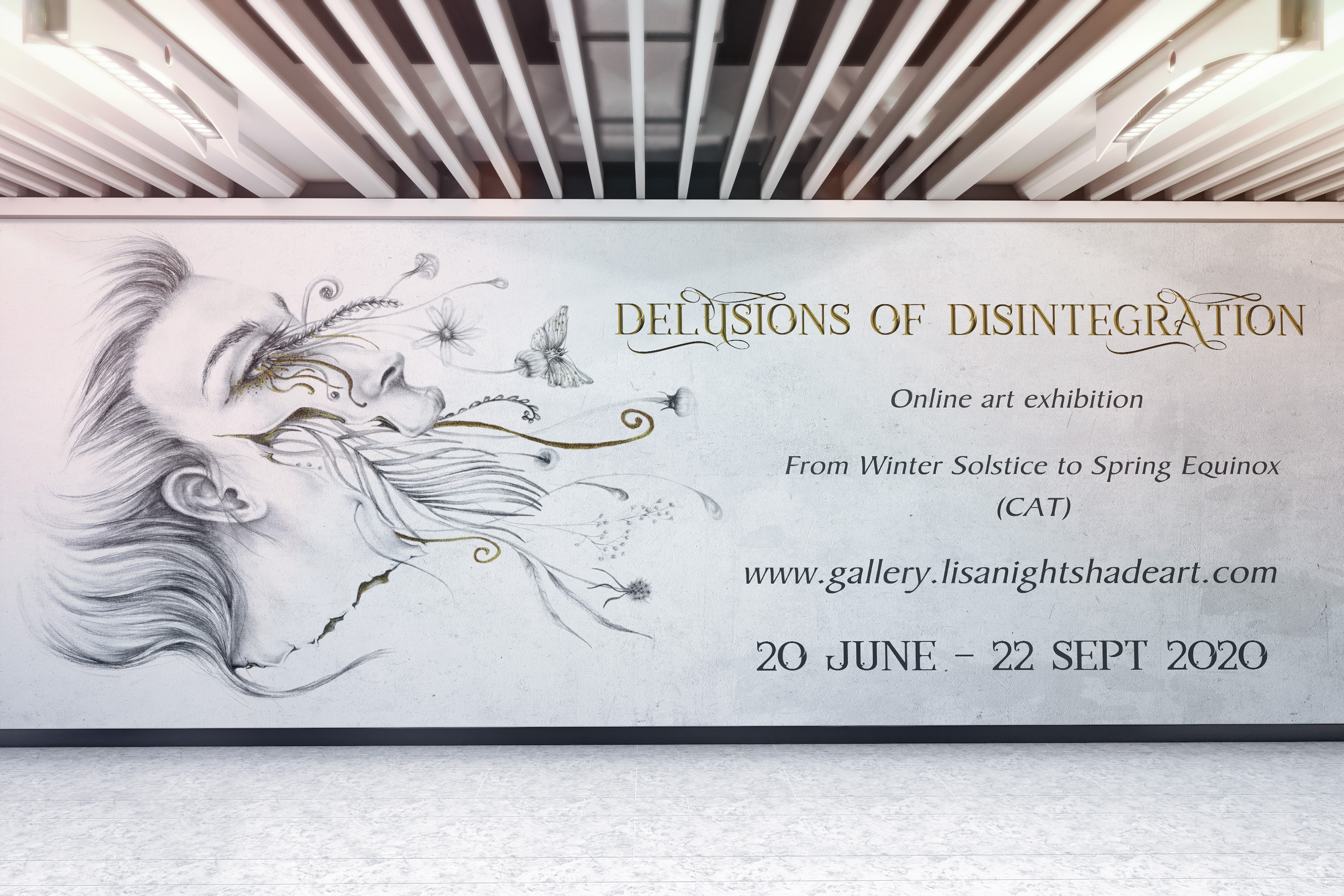 Etched in graphite and metallic gold, this darkly surreal series of thirteen illustrations looks at death, with Mother Nature, having laced and grown over what rightly belongs to her, displaying itself as the dominant force in our world.

As human beings, we are a complex network of emotions, memories, and existences. This body of work examines what it would mean if we ceased to be, embracing the subject of death by looking at it from a more biological point of view.

Making the experience of this exhibition more unique is that the exhibit will be hosted online, and it will run from the 20th of June 2020 until the 22nd of September 2020.

The web address for the exhibit is: www.gallery.lisanightshadeart.com

Being human means living with complex emotions and finding ways to express or suppress those emotions. Being human also means living in non-physical spaces within our memories or ideals. A perfect cued piece of music can evoke an emotional memory. and certain aromas can do the same. We’re continual solving problems and finding unique ways to overcome them. We want to live our best lives. but our physical limitations and obtrusive thoughts can be a hindrance. Thoughts and dreams drive us. Most of us are estimated to have an average of 2500 to 3300 ideas per hour. Some of them will fade into oblivion, while others linger. But what about the thoughts that we desperate try to suppress? Thoughts that bubble to the surface and whisper self-destructive ideas in our subconscious minds.

Delusions of disintegration is a dark surreal look into death. In this series of thirteen graphite and gold metallic portraits. nature is the most prevalent force. She overgrows. intertwines and claims what belongs to her. The women·s faces are all different. with physical imperfections and distortions. Their distortions are the manifestations of invisible illnesses. Most people carry some form of pain with them. and in this series. these hidden torments are cast into the light. Delusions of
Disintegration sprouted forth after a succession of surreal daydreams wherein the artist ceases to exist. In the Tarot. thirteen is the card of death. which is a befitting number for this series. Death is such a feared subject. and by looking it from different angles. or even a biological point of view. makes the thought more tolerable.