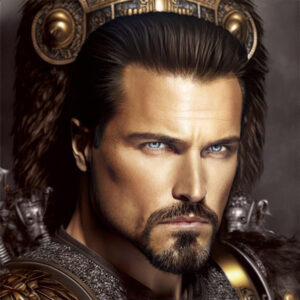 Power is essentially about influence and the control of others.

Money, position and even Art are all manifestations and symbols of power.

From the shamans in tribal communities, to our tech driven culture, it is always power that decides what is important and beautiful. Artists do not always agree, and this is why Art and artists always remain difficult and problematic.

The powerful throughout history have funded Art that supports their own ideologies and belief systems. Art often mythologizes the prevailing ideas of the mainstream and the powerful.

This is particularly clear in fashion.

What is seen as fashionable is often a reflection of what the elites perceive as beautiful. For example, the curvy figures of Rubenesque and Victorian women are seen as unhealthy and even ugly now, but back then fuller figures were seen as a sign of abundance, fertility and wealth. Now, a beautiful woman is often depicted as someone who goes to the gym and can afford to get plastic surgery, body enhancements and can afford all the brands and goods provided by capitalist society.

Also, the fashion of 18th century aristocrats seems ridiculous to us now, but at the time, wearing  flamboyant wigs and outlandish clothes were seen as a show of wealth, beauty and power.

The nobility in Medieval times wore extremely long and impractical shoes as a sign of power. Hilariously, the peasants were policed to make sure that their shoes weren’t too big, or their ego for that matter. Nothing much changes, fashion is not so much an expression of individuality, but a symbolic show of where you fit in the pecking order. In my art, I often depict strange and surreal cultures with fantastical fashion to explore some of these themes. Particularly in my fantasy work.

With the rise of A.I. technology, many are claiming ‘the death of Art’. This is of course complete nonsense. However, it does raise some important questions about the role of technology in Art and society and who it benefits. For the most part technology and industrialisation has benefited the powerful. It has pulled many out of poverty, but for the most part people have been slaves to technology, working in cruel conditions, until people demanded more.

The romantic movement, the first of the Modern art movements was indeed a reaction against Industrialisation and the demeaning and devaluing of Art. I’m very influenced in the writings of Walter Benjamin, especially his seminal work, ‘The Work of Art in the Age of Mechanical Reproduction. It is a great work that describes the effects of industrialisation on Art. He often talks about the aura of a work of Art. This aura refers to the specialness or uniqueness of a work of Art. For example, religious objects in tribal communities and religious art have an authenticity and uniqueness to them not only because of what they represent, but because of the artist’s skill and vision. When the Art object can be replicated, the Art loses it’s aura and sacredness.

These themes of automation and the ‘construction’ of religious and cultural icons are central to my images ‘Art & Power: The Mechanical Age’. Many of those images are represented here.

Now we are in another industrial revolution. A.I will change almost all aspects of our lives. Everybody can now produce high quality images instantaneously. The work of Art is now virtual, viral and has little or no reference to reality. The ‘aura’ of the artwork has now gone entirely and has been replaced with the ‘Evil Demon of Images’. To borrow a title from Baudrillard. The Simulacrum has now completely taken over reality. The powerful try to control it as best they can. We live in Surveillance culture where all of our information is used for and against us by the corporate tech elites. Technology often has a way of backfiring and upturning expectations.

The question for Artists is how do they respond to technology. As a photographer, who is already using technology for artistic creation, my reaction is to use A.I not just as a tool, but as an experiment. Technology can only be a benefit to Art and to society when it allows us greater freedom of choice and expression. My biggest cause of concern is the stifling censorship imposed on artists by A.I companies and social media. Censorship is always how power controls what it’s people are thinking. I see myself as an ideas person, and can see many benefits for A.I. The A.I images you see here certainly represent my feelings on the matter.

As for myself, I’m a photographer from Western Australia, living in Osaka, Japan. Although the themes of my work vary,one constant theme is the conflict between the individual Imagination and the society and traditions we are born into.

There is an eternal conflict between the artist and their need for self expression and for  those in power who try to control how others perceive them and the world. For the most part it is extremely difficult for any artist to make a living if they are critical of the country or the society they are living in.

However, this is why Art is extremely important. For me Art is the expression of the human imagination and it’s endless possibilities. It is the way we make sense of our chaotic existence in creative ways. It is the individual’s expression of creativity through their experience, skills, and the medium that they have chosen to express themselves that is endlessly fascinating to me.

For me, Art is also the search for some kind of personal truth, as it has been for countless artists throughout the centuries. It is this search for truth that will always put an artist at odds with society and even with society at large.

The artists that interest me are the artists in exile, such as Munch, Turner, Van Gogh, Goya, Blake, Caravaggio and even Rembrandt. Some of these artists were hugely successful, but at some point they began to question the word around them more deeply and in doing so, put themselves at odds with the status quo.

The role of propaganda and advertising and the way it pervades our lives is another common them in my work. For me, Art as truth will always be at odds with the notion of Art as a commodity or as something that is meant to persuade you. These days the line between Art and marketing is getting more and more blurred. However, I think Art gets it’s power exactly because of it’s difficulty and disruptive nature.

Those in power often have a love/hate relationships with Art. They realize it’s power, but only a few artists are deemed worthy of adulation and praise. You’ll find that many successful artists are successful because they are a perfect fit with the elites. This has always been the case and always will. Artists are stubborn creatures and are motivated by visions they need to express, sometimes even when it against their best interests.

This is where the greatest strength of the Artist lies. The Artist in their search for a personal vision, shows those in power, and society in general, that the world is not as we take it for granted, but can be endlessly re-created and re-imagined. Techniques and technology will always change but imagination is eternal.