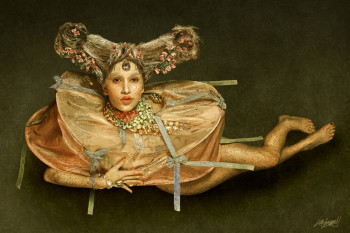 Charlie Terrell is a renowned video artist and graphic designer who creates vivid visual backdrops and motion graphics for the live performing arts. His extensive background in music, touring and theater give him a unique perspective for enhancing the live experience for both the audience and the artist.
He is also a talented film director, cinematographer, and editor.
Charlie is a featured artist in this issue of Miroir Magazine.

Besides being a painter, Charlie is also a talented film director, cinematographer, editor, musician and playwright.

“The Animal” by Charlie Terrell

I am an artist from a small town in Alabama. I have no formal training. My portraits are a combination of photography and digital painting. My work is a mixture of all the artists I like. I take on the creation of my images like a playwright and director. I chose an actor, design the scene and then begin the performance. When the shoot is over I hand paint the final photo to completion. I am fascinated with the female form and the world of plants and insects. 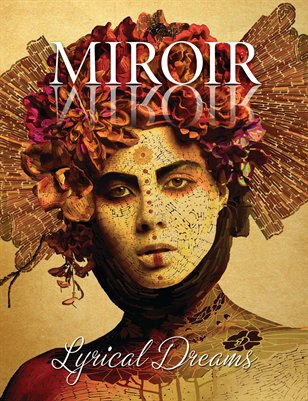