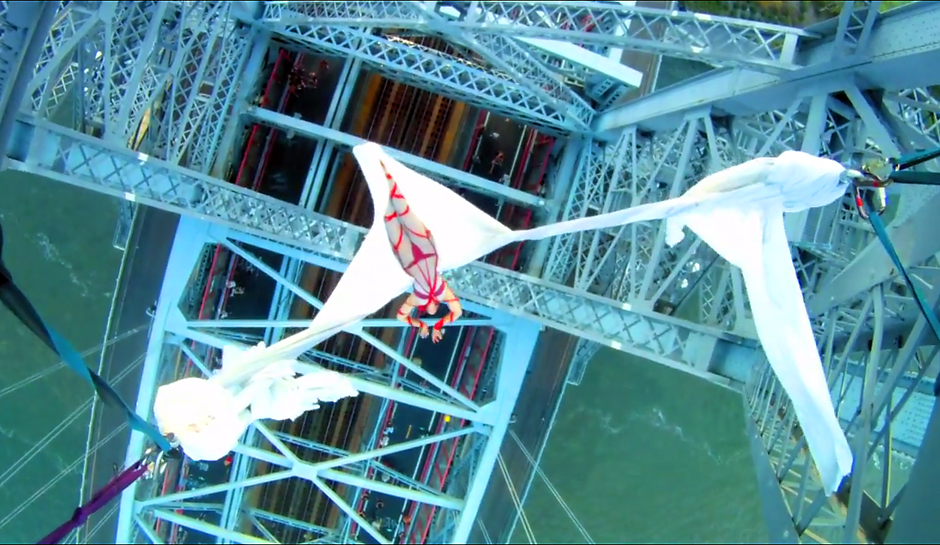 On July 11, 2011, 24-year old aerialist Seanna Sharpe climbed the Williamsburg Bridge with Savage Skinner, where she put on an acrobatic show 285 feet (11 stories) over train traffic at rush hour, hanging from a 20-feet double-silk cloudswing of her own invention.

END_OF_DOCUMENT_TOKEN_TO_BE_REPLACED 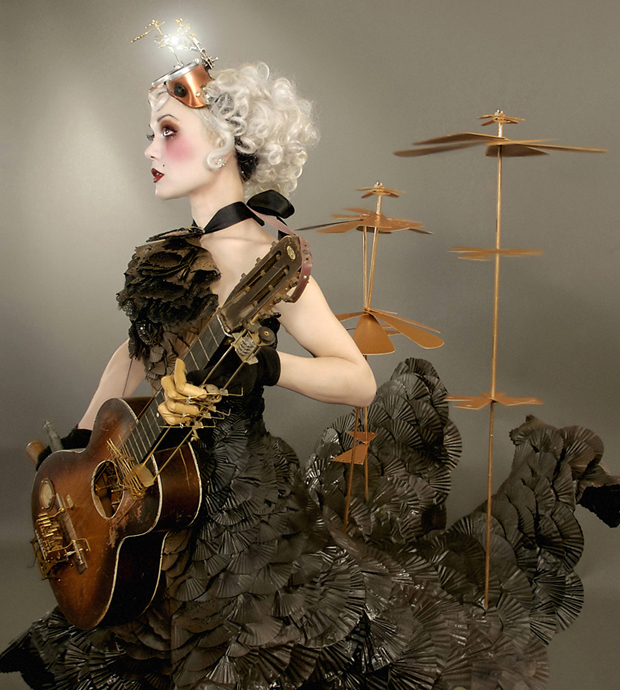 Miss Derringer is a Los Angeles based rock band fronted by singer and underground artist Elizabeth McGrath and her husband/songwriter Morgan Slade. Rounding out the band’s lineup are Sylvain de Muizon, Cody James and Ben Shields.

Performing a dark, lean blend of blues and country sounds fortified with a punk attitude, Miss Derringer is an L.A.-based rock band let by a pair of musicians-turned-artists, Liz McGrath (a painter and sculptor who previously sang with the band Tongue and edited the ‘zine Censor This) and Morgan Slade (a photographer who plays guitar and writes much of the group’s material).
Rounding out the group are guitarist Mark Miller (formerly of Los Cincos), bassist Sylvain de Muizon, Julio Bell (ex-Bobsled and Bulimia Banquet) on autoharp, and drummer Mark Miller (from Skeetertruck).
END_OF_DOCUMENT_TOKEN_TO_BE_REPLACED 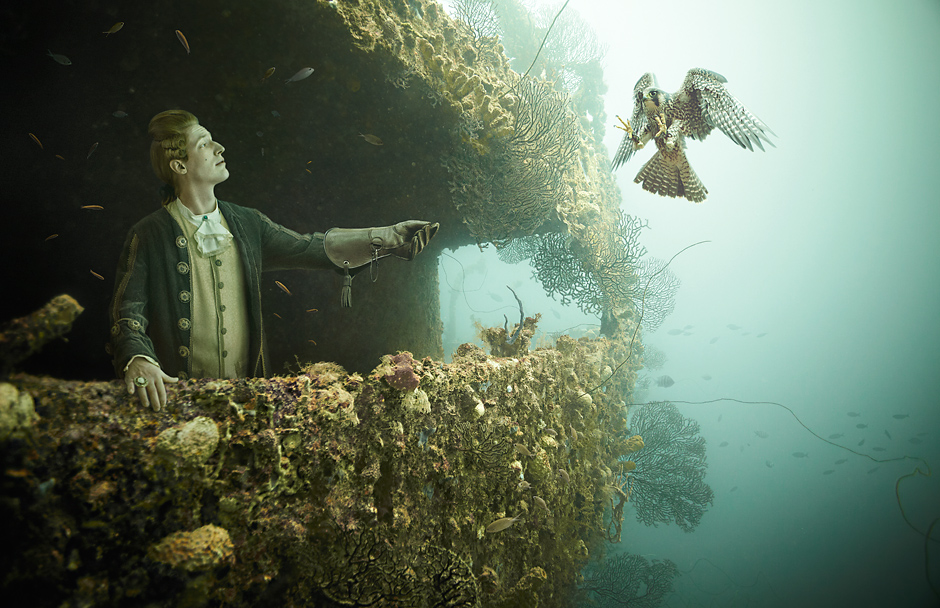 The SS Stavronikita lies at the bottom of the ocean at 13.8 N, 59.38 W, right off the Caribbean island of Barbados. It is the spot Andreas Franke has discovered and chosen to stage a game full of overflowing decadence and exuberance. A traveling salesman, the Stavronikita fell victim to a devastating fire over 20 years ago and with no hope for recovery it was lowered into the silent depths to lie there – fossilized into an artificial reef which one thought would sleep for all eternity. END_OF_DOCUMENT_TOKEN_TO_BE_REPLACED

Years ago I stumbled across a lovely collection of artwork at a Seattle coffee shop. The art was figurative but line driven, bright but soulful and one of those lovely drawings became the first piece of original art I ever bought for myself (a soul sustaining indulgence I highly recommend). END_OF_DOCUMENT_TOKEN_TO_BE_REPLACED 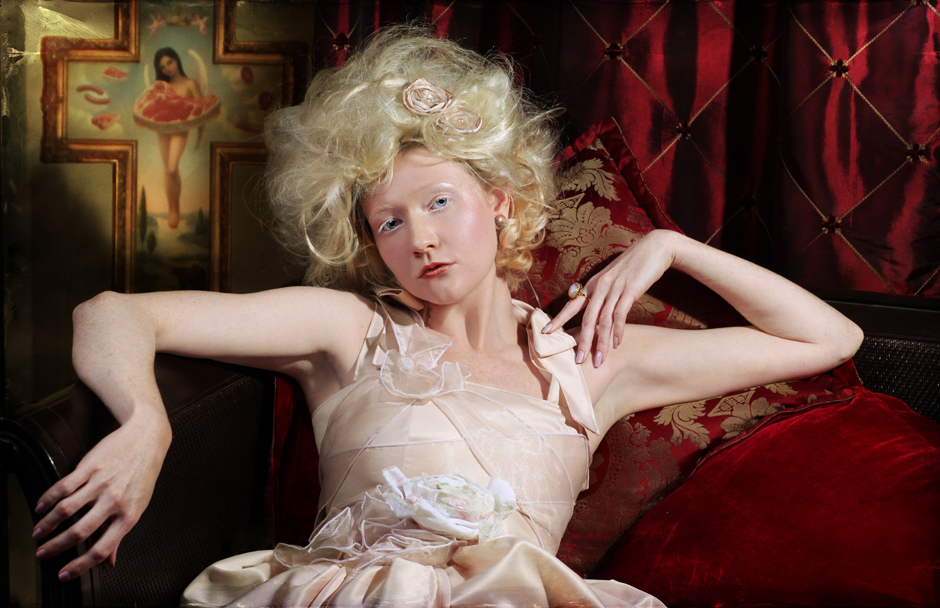 “Cherished” is a new photoset shot by Nina Pak in the home of Jo David and Marlow Harris. Models: Josephine Silverwolf, Tamara Wolf, Rose Froze, AJ Mietus. Photographers assistant: Gene Fox. Designer: Helene Hawthorne. Hair by Kristine Hawthorne. Make-up by Nightshade Beauty.
When Kristine Hawthorne and I got together to do this shoot, we were looking for a lovely Victorian home where we could showcase her amazing period style gowns. END_OF_DOCUMENT_TOKEN_TO_BE_REPLACED