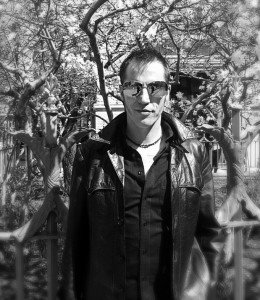 Dreams of the Last Butterflies

“Dreams of the Last Butterflies” is a tale about the loss of butterflies in our world, and why they are disappearing – as told by the last Butterfly Queens themselves.

Q: We’re interested to hear about your basic inspirations that drive your creative energies.

A: I’ve always taken inspiration from many areas, and each one in its own way has had a direct and sometimes profound influence on me. Having had strong and very active dreaming most of my life, my dreams themselves have been and will likely always be my most powerful inspiration. They guide my sense of wonder and mystery unlike anything else, and I have taken care to honor them, which helps my abilities as a storyteller immensely. I am also inspired tremendously by music of almost all kinds – which is partly what lead me to first become a music video director – and of course by innumerable other artists, whether it be through film, poetry, photography, performance, or any other medium. I love when I experience art that has that “spark” – as I like to call it – something undefinable that goes straight to your soul, something incredible that makes you feel like you are experiencing a sensation beyond the normal everyday world. For me, it’s often a certain and unmistakable chill of pure energy that seems to run up my spine. Those moments – to me, that is pure inspiration, and no matter what kind of art it is, I feel it feeds that energy in me, that drive to create. It makes me remember that humanity is capable of much more than we usually imagine, and that discovery, that exploration of the unknown, is what I strive for.

Q: Where does your creative process begin?

A: Most often, it simply begins when the time seems “right” to begin a new project. I usually have an idea of the path I want to take, and from there, I just let my intuition guide me though. I’ve learned to put a lot of trust in my intuition, and when I get a good feeling about something, whether it’s film or writing, I’ll just let my imagination go free and dive into the well.

Q: Do you ever want to get away from it all? What do you do for release, and to shake out the cobwebs of energy spent?

A: There is a constant river of amazing events, performances, and parties here in New York, and as someone who thrives on the energy of others, I love this element here. There’s something about dancing feverishly on a huge old riverboat, surrounded by beautiful people in glowing costumes of bio-luminescent sea life and incredible music, making it’s way slowly around New York harbor with the Manhattan skyline reflecting in the waves, that just can’t be beat! That said, having grown up on the plains of South Dakota, nature has always been a tremendous source of energy and inspiration for me as well, and I love spending time exploring and relaxing in nature whenever I can.

Q: How do you feel the “cultural landscape” of New York has affected your work?

A: Having lived in New York for many years now, I have absolutely been transformed here. This city itself is of course famous for allowing oneself to become whoever it is you dream of being, and it’s true. No matter what culture you come from, or how weird or different you think yourself, New York has already been there and done that. I came here not knowing a single soul, and despite how hard it can be to live here, if you stick to your dreams and don’t give up, you can be rewarded many times over. I wouldn’t trade all the money in the world for the experiences I’ve had and the amazing friends I’ve met here. And for that, I will always feel a massive gratitude and love for New York.

The Hidden Sister – by Zina Brown

Q: Dreams of the Last Butterflies has an environmental message that you have addressed eloquently, in what becomes a work of art with a message. What do you think of art as activism?

A: I love the idea, and I think it’s the artist’s responsibility – as caretakers and curators of humanity’s imagination – to “activate” something in their audience, whatever the artist’s intended message might be. Art without any message has always seemed far less potent to me.

Q: What is the power of film as a medium, and message, for you?

A: Film to me is so powerful because it includes so many distinct art forms all at once. Music, writing, acting and performance, painting with light, the sculpture of 3D, editing, clothing, make-up and hair styling, it’s all packed in to this tight little bundle of experience that mostly lasts less than a few hours, very often less than 10 minutes. It’s very much like a dream in that way. And it continues to evolve as technology speeds it along at an incredible pace – film making even 10 years ago is very different than it is today, and I often wonder what the experience will be like in 20, 50, or 100 years… It also has the ability to reach a very wide audience, some movies being seen by millions of people, and all of them sharing the same experience, the same story – that’s powerful.

Q: So many of the projects you’ve been involved with involve collaboration with so many others needed to complete the presentation of something larger than the sum of it’s parts. Can you speak about how this interaction with fellow collaborators works for you?

A: I’m very lucky to count myself among a huge collection of artists of all kinds, mostly centered in Brooklyn, that encompass an astounding array of talents. From fire-breathers to photographers, from filmmakers to tribal bellydancers, from musicians to clothing designers, and everything in between – they all seem to kind of be woven into an incredible cross-reference of inspired art here that continually surprises me. The level of sheer talent and creativity is truly amazing, and extremely energizing for me. Having many friends that all have different and unique artistic skills has allowed me, as a filmmaker, to tap into this deep pool of talent for my films, which has obviously been an incredible blessing and inspiration. I am as inspired by them as much as anything else in my life, and the nature of film allows me to capture and combine the beauty of what they do, to hopefully share with the world.

Q: Can you say something about your use of storytelling, and its role in your work?

A: Storytelling, and having a narrative element to my films, has always been very important to me – I feel like the viewer can connect on a much more personal level when they are invested in a story. One thing that will always drive my work is the use of symbols and multiple layers of meaning, of mythology and dreams in particular. Especially for short film, when you don’t have much time to make your point, creating something that can catch the imagination and leave the viewer thinking about what they just saw is essential to me. Storytelling is, after all, the oldest art form, and few other things have such a profoundly direct influence on human imagination.

Q: How important is the audience in the personal drive you have to create?

A: I don’t create for myself – because, as I mentioned, story and message are so important to me, considering an audience for my films to reach is of course always very important as well. If I can’t affect the viewer on some level, I’m not doing my job as a filmmaker. Part of being an artist, at least for me, is the satisfaction of knowing you’ve enriched someone’s experience of the world, or at least given them a moment of wonder or delight or introspection – even if you never meet that person, even if that person is seeing your creation many years from now.

Q: Do you have upcoming projects that you’re inspired with?

A: I’ve already begun work on my next short film, which is on a theme deeply personal to me – but also a bit controversial in the world at large. I’ll leave it at that, other than to say it’s going to be a LOT of fun to watch! And next year there will be a new music video from Kai Altair’s new upcoming album, which I’m quite excited about as well. I’ve also finished writing an epic faerie-tale poem that I hope to make into an illustrated children’s book sometime next year. Lastly, there’s a feature film I’ve been writing for the last few years, which is the best idea I’ve ever had in my life – I can’t wait to finish it!

This Ambitious Orchestra – ‘Not My Town’ – by Zina Brown

Q: In projects you’ve been a part of, there are many parts to the process, from the initial brainstorming spark of an idea being born, the endless decision making, the going with the gut, assembling and working with a great crew that you admire, the editing and reediting, the final version that you put your soulful stamp of approval on, the audience reaction… Is there a favorite part of “the project” for you that makes it all worthwhile more than another?

A: Zina Brown: I would say that it is having a chance to work with so many other amazing people – the collaborative element of film has always had an especially wonderful feeling for me. Even since I was very young I’ve always loved to play in my own imagination, and to be able to bring others in there with me is a truly amazing!

Q: What is core to your personal mission.
A: To help remind people that there is still magick in this world.

Q: What is the next answer you have for us that we’ve all been waiting for?
A: Remember your dreams! 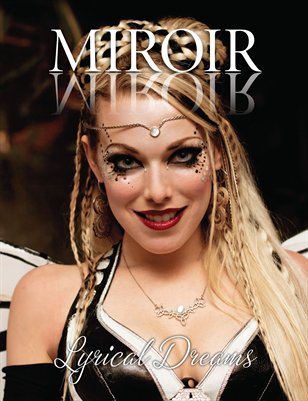